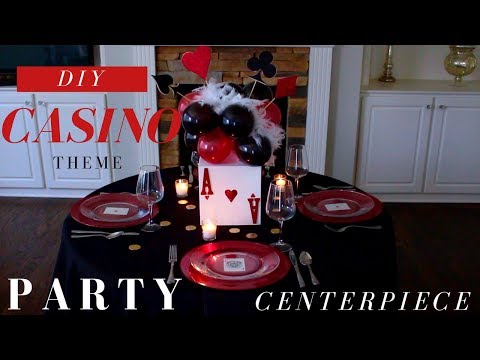 Running a Business as an Artificer

In a previous article I looked into the practicality of building a Mage Tower for yourself. That was received fairly well, so I think I'll move onto my favorite class, the Artificer. Now, an Artificer doesn't necessarily need a tower as a base of operations, and given the somewhat more limited spell selection and 1/2 Caster nature, thought I'd focus more on the innate ability of an Artificer to be a small business owner by merits of Tool Proficiencies! Mundane and Magical Item are simple to make with all the Tool Proficiencies you are able to acquire at a relatively low level.
This guide could also be quite beneficial to Forge Clerics or any Wizard, Bard or Caster that knows Fabricate.
 I recommend several resources to look up or familiarize yourself with before you take on this enterprising business opportunity.
1) Chapter 6 of the DMG features the Downtime Activity of Running a Business. It breaks down to 1d100+X, X being a number of downtime days that you spend running your business. If you can get above a 60 on the roll, congrats, your business makes a profit for that month.
2) Eberron: Rising from the Last War. You'll need this book if you want to play an Artificer.
3) Exploring Eberron presents two new Artificer Subclasses as well as a few new infusions I reference here, namely Healing Salve and Quiver of Energy.
4) Acquisition Incorporated is a great source for new rules to allow a business to be run while you continue to adventure, allowing a constant background stream of income to help fund future adventuring opportunities. You can use as many or as few options as you'd like, but the Hireling options to run the business in your absence are a nice touch.
5) If you don't want to use traditional Hirelings, but a more customizable NPC, you could use the Sidekick Options from the Essentials Kit and the upcoming Tasha's Cauldron of Everything. I will be recommending Sidekicks for each of the business models in the examples below.
6) Waterdeep: Dragon Heist gives basic operating costs for running a tavern and One-time and Recurring fees for Guild Memberships. Given the prominence of Guilds in Eberron and other settings, it is a good standard to use for other settings.
7) Xanathar's Guide to Everything has a fantastic breakdown of Artisan Tool uses and Skill Checks that will be immensely useful to Artificers or businessmen looking to practice a trade.
 The following examples will be based on the following assumptions:
1) You will be running this business on your own.
2) You have options to get hirelings or other PC help should you want/need it.
3) You are level 6. This is the first level where a lot of this becomes feasible because you gain your Tool Expertise class feature and are now the best on the block at using Artisan Tools. You also gain a nice expansion to your Infusions that you can learn and I would think that knowing the Enhanced Weapon Infusion would count as having a schematic allowing you to enchant a basic +1 weapon.
4) We can use the upcoming Tasha's Rules for Character Creation on the Sidekicks so that you can swap out one Skill Proficiency for a Tool Proficiency. Wouldn't make sense to hire someone to run a weapon smithing shop who couldn't use Blacksmith Tools.
Feel free to submit your own business models using the following format:


Please Feel Free to Submit your own Business Ideas! I'll add them if they fit the stated format. Punny Shop names encouraged!

"Lindsey’s been a personal disappointment." - Joe Biden, in the words of so many before him
What a year! We'll be on hiatus until Monday, January 4. Safe and happy holidays, and see you around the inbox in 2021.


Night Of The Living Fed

Say what you will about Senate Majority Leader Mitch McConnell, but it takes a special kind of work ethic to spend the weekend before Christmas holding up coronavirus relief for nefarious political reasons, while taking just one quick break to get a vaccine in short supply. Sorry, not work ethic—what’s the phrase?—moral bankruptcy.
In their mad scramble back to Austerity Mode, Republicans have held off calls for larger direct payments from (checks notes) Sen. Josh Hawley (R-MO) and (squints at notes, dons bifocals) President Donald Trump.
The embarrassing stimulus package that Senate Republicans will eventually, begrudgingly agree to is only on the table because they worry they’ll lose both Georgia Senate runoffs next month if they don’t pass something. Imagine what relief efforts will look like if Mitch McConnell is still in power in the new year without his majority at stake, then grab a shift to help Georgia voters send him packing.


Look No Further Than The Crooked Media

Unholier Than Thou just released a very special episode with Crooked Media alum Brittany Packnett Cunningham. Phill and Brittany discuss the idea of Jesus Christ in the modern context as a social justice warrior. With Christmas fast approaching, the discussion around the identity (as a brown man, inmate, undocumented immigrant, etc.) of the holiday’s namesake is more relevant than ever. Take a listen, and make sure to subscribe to Unholier Than Thou wherever you get your podcasts →

Here, we got you a little Christmas grift: Jared Kusher helped create a shell company that funneled millions of dollars in campaign funding to Trump family members. American Made Media Consultants Corporation, whose creation Kushner approved, has spent approximately half of the Trump campaign’s $1.26 billion in total funds since 2019. The company allowed the Trump campaign to shield details of its spending, and while earlier reporting pinned the whole scheme on former Trump Campaign Manager Brad Parscale, we now know that the family was directly involved: Lara Trump was AMMC’s president, Vice President Mike Pence’s nephew was (fittingly) veep, and Trump campaign CFO Sean Dollman was treasurer and secretary. Nothing a last-minute blanket pardon won’t clear up!

The Trump administration has abruptly halted defense briefings for Biden’s transition team. After Axios reported that Acting Defense Secretary Chris Miller had ordered Pentagon officials to stop cooperating with the transition, Miller explained that it was just for a wildly unusual holiday break. Here’s Biden transition director Yohannes Abraham: “Let me be clear: there was no mutually agreed upon holiday break."
The Supreme Court delayed a ruling on whether Trump can exclude undocumented immigrants from the Census count. The three liberal justices disagreed that it was “premature” to rule that the policy is unconstitutional.
Rep. Cedric Richmond (D-LA), an incoming White House senior advisor, has tested positive for coronavirus after campaigning alongside Biden in Georgia on Tuesday. Biden tested negative on Thursday.
Former national security advisor Michael Flynn has continued calling for Trump to institute martial law to remain in power, arguing that military coups are actually no big deal in a Thursday appearance on Newsmax.
Rupert Murdoch has received his first dose of the coronavirus vaccine, while Tucker Carlson goes on his network and scares the shit out of people with vaccine disinformation.
New York City’s Department of Investigation released a report outlining the many ways the NYPD screwed up during the George Floyd protests, resulting in excessive use of force.
The New York Times has retracted the reporting of its Caliphate podcast and will return the Peabody award it won, acknowledging that the central figure’s account of acting as an ISIS executioner in Syria couldn’t be substantiated.
The Space Force announced that its members will be called “Guardians,” and that this was the result of a year-long naming process, and that it is “a name chosen by space professionals, for space professionals,” and that Guardians will be hired based on resemblance to Chris Pratt, and only that last part is made up.
Atlantic City is auctioning off the opportunity to blow up Trump’s casino. If that’s out of your price range, keep in mind that tweeting “lol remember when you lost” at the president is both legal and free.
We normally wouldn't amplify vaccine misinformation, but this is important.

The extensive Russian hack of federal networks that the president has yet to acknowledge keeps getting more alarming. At least six government departments were breached in an operation that went undetected for eight months. DHS’s Cybersecurity and Infrastructure Security Agency warned that malware-infused software updates from SolarWinds may not have been hackers’ only access point to government networks, and restoring security to those networks may take months. It’s still unclear how many total agencies were affected or what data may have been stolen. Anyway, remember three decades ago, in 2018, when the Trump administration eliminated the cybersecurity coordinator role on the NSC, and then spent 2019 bullying a whole bunch of cybersecurity experts out of the government? Seems like that might be worth a second look.

Sick of UTIs? Meet Uqora. UTIs are the second most common infection in the United States. Uqora was created by a chronic UTI sufferer who had tried it all and was sick of the constant cycle of infections. So, if you're tired of the cycle of UTIs, meet Uqora. Uqora specializes in UTI relief products and proactive urinary tract health supplements. They've helped more than 100,000 people stay healthy and want to help you too. Plus, you get 15% off.


Is That Hope I Feel?

The FDA has authorized Moderna's coronavirus vaccine.
Nearly 76,000 new voters, a majority of them under the age of 35, have registered in Georgia since the November election.
A federal judge has rejected a lawsuit from Sens. Kelly Loeffler (R-GA) and David Purdue (R-GA) aiming to get those new voters’ ballots thrown out.
More than 1.1 million people in four countries have received their first coronavirus vaccine shots, according to a Bloomberg vaccine tracker that’s deeply soothing to stare at.
Look at you. Thank you. Keep it going.

Netflix Is A Joke on Twitter: "We asked @KeatonPatti to force a bot to watch over 1,000 hours of holiday movies and then asked it to write a holiday movie of its own. Then we animated it. Here it is"

I started writing the backstory of my Star Wars Saga Edition character, but gave up when the game fell apart

Coastguard #9 - Those Whose Sins Mark Their Bodies

Issue #9: Those Whose Sins Mark Their Bodies